Hello! I’m supposed to razzle & dazzle you and make you beg to be my mentee. But here’s the deal, I’m begging you to pick me! Why? Because nothing is going to make me feel more fantastic than having a chance to give back to this amazing community of young adult writers.

But First, Have you seen the list of fantastic agents???? SUPER WOW!!! 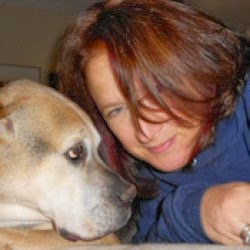 So, who am I? I’m Jaye Robin Brown, or Jro, which is what most people call me. I’m a writer, a public high school art teacher, an animal lover, and an avid reader. My writing is fueled by coffee, chocolate, and laughter! My debut novel is a young adult contemporary set in the mountains of North Carolina (where I happen to live!). It’s about family and mistakes and truth and longing.  But mostly it’s about Amber Vaughn who dreams of singing on stage but whose circumstances keep getting in her way. And let’s not forget the cute boy with the banjo. (No Place To Fall - Harper Teen 2014)

I don't have a degree in writing or even English, but I've been at this for a while now, including an entire editorial process with my editor at Harper Collins. I've seen one CP get two huge book deals, another sell her own memoir to Sourcebooks, another sell a YA trilogy, a non-fiction book, and a NA series all in two years, and two more get agented, who are now out on submission. I'm a firm believer in the power of opening yourself to feedback! So yay you for risking this!

What do I like in writing? I like fully realized characters, VOICE, and big hearts and pretty words.  Think commercial fiction with a literary bent to the writing. I love characters who grapple with the question of life and how to best live it. I also love setting as character - transport me! Make me live in your world! And smart humor makes me weak in the knees.

So what's on my wish list? It must all be Young Adult.

I love contemporary fiction that involves a larger cast of characters. Give me families and parents. I also love a good romance. Serious subject matter is fine, as are LGBT characters and twisty thrilling plot lines. The hard stuff doesn’t scare me, but as you can see by the following list, I like a good summer romance, too. (Contemporary faves are A.S. King, Sara Zarr, Jandy Nelson, Nina LaCour, Holly Cupala, Sarah Dessen, Ashley Elston, Emily Murdoch)  I’m not wild about mean girls or snarky gossip style contemporaries or dark just to be dark (rather than tackling a real social issue), I’m probably not your best bet there. Smart with heart is my jam. Choke me up!

Zombies or really just any great Survival Tale- I freaking love a good zombie story. This is Not a Test by Courtney Summers, Rot & Ruin by Jonathan Maberry, Ashes by Ilsa Blick. I really do love zombie survival tales. But in this marketplace it's going to have to be stand out in some way for me to pick it. Some new take on this done trope.

In Science fiction/near-future - Sociological sci-fi (versus hard science sci-fi) - think Beth Revis’ trilogy or The Adoration of Jenna Fox. I love things that question political structures, medical issues and environmental issues (fracking anyone?) but I am super tired of the enslaved future woman trope where they have to marry a certain guy and it's like the future has harkened back to the victorian era for women. No. But most important is a sizzling fast pace and suspense and thrills that keep me turning the page.

Fantasy - I say this with a smidge of hesitation as I'm not a huge fantasy reader, but if someone has their sights set on me as a mentor, I'm open to a look-see. Books I've loved: Kristin Cashore's three books, especially Fire (I think because of the horses), The Scorpio Races (horses), City of A Thousand Dolls (which sort of breaks my rule above in Sci/Fi but...talking cats) - (I do love Game of Thrones but I've never read the books) if you've got a gorgeous world and characters I connect to and animals play a role in your world - thumbs up. I struggle with super high fantasy and crazy made-up names that are so odd they make me want to throw the book, I also don't love faeries or things that harken straight back to medieval times. Revised to add: Urban Fantasy ala The Mortal Instruments or Holly Black's White Cat series also floats my boat! I can't believe I forgot to add this. Magical Realism - is awesome. Although I think I've read it more in Middle Grade than in YA - would love the equivalent of Savvy or Scumble in a YA!!!!

I also love Historical, especially if it has a new twist to a much done time frame, but I love the old west, the civil war, WWII having to do with the camps (a gay Holocaust story! - yes!). I'm also open to something in an exotic locale. I can't promise to be a help on your historical facts, BUT if you’re looking for story, character, voice, pacing feedback, then YES! (Jennifer Donnelly is a favorite and I loved Jenn McGowan’s Maid of Secrets, Megan Shepherd's Madman's Daughter, and just had my mind blown by Julie Berry’s All The Truth That’s In Me.)

If retellings, mythology, freaky/scary horror, and elementals are your thing, then I’m probably not for you.

How am I as a critique partner?
My CP’s often preface their e-mails with “I know you’ll be honest with me,” and that’s true. If I see areas that need work, I’m not going to skip it. But I’m not going to be an ass, either. I’ll point out your strengths and what is all “Heck Yeah!” and “Gorgeous!” but I’m also going to point out where you might think about reworking. My notes are often in forms of questions. I don’t want to tell you how to write your story, but sometimes I might want to get you thinking about things. I’ve just been through an amazing editorial process with my editor at Harper Collins, so I feel like I’m even better equipped than ever before to be your mentor.

So that’s my story, and I’m sticking to it. I hope you pick me! There’s a bit more about me on my website, jayerobinbrown.com.  But truly, you can’t go wrong with anyone on this list. I look forward to reading your work! It's also true I only get to pick one of you, but I promise I will give each person feedback as to why I didn't pick them. And I imagine it may just boil down to market or personal taste because I feel pretty certain I'm going to be reading some AMAZING entries! FOR SUBMISSION GUIDELINES PLEASE VISIT www.brenda-drake.com.

May the odds be ever in your favor!

Secret Word: it
B