Why I Teach Art

"I mean the kids take art so they can have freedom to express themselves in an environment where it’s ok to be different, its ok to not be normal. If they did this in other places in the school, they typically would get bullied."

Written by a very overweight senior girl who found herself through ink and watercolor this year.
Posted by Jaye Robin Brown at 2:59 PM 9 comments:

Email ThisBlogThis!Share to TwitterShare to FacebookShare to Pinterest
Labels: teaching

Focus on the Seasons


I’m fortunate to live in an area where life is still dictated by seasons. I watch the natural world shift from red to grey to pinks to greens every year and start all over again. My neighbors fertilize and seed, cut hay, bale, then go quiet in front of fireplaces. Cities have their own seasonal rhythm. Can’t get a Starbucks Peppermint Mocha in July can you?

How does this affect writing. For me, it touches tone, setting, and voice. To explain, I’ll use my own community, the Appalachian mountains, as an example.

Winter is stark and cold. It’s quiet. People gravitate indoors, outdoor sports are at a minimum.

Spring is alive. It’s like the world wakes up and farmers spring to action. People are happy. It’s hopeful.

Summer is thick and green. It’s a wild world and in ways more dangerous than winter with snakes and bugs, and thick foliage to hide things away. But it’s also the time of tourists, and gem-mining, and seasonal ice cream stands.

Fall is beautiful and vivid. It’s purposeful with start of school and approaching holidays, storing up for winter, but also dangerous as hunters take to the woods.

Let’s imagine I want to write a murder mystery. I wouldn’t choose spring. People are too happy that winter is over. The season wouldn’t work for me, mostly because I love spring and couldn’t bring myself to darken the tone. Fall would work, simply because of all the hunters, but it’s more of an accidental murder season. Now winter and summer, perfect tones for murder.

Winter is bare, and even though you can see forever with no leaves, the woods and roads are quieter than usual. There’s a lot you can get away with when people are holed up in front of wood stoves (if you know the Frankie and Johnny story, you know what I’m talking about - during a snow storm Frankie chopped up her husband and burned him in the fireplace. It was weeks before the murder was discovered.)

Summer, in ways, is a more interesting choice because it’s alive. With people, with wildlife, with foliage. Murder in summer adds a twist of tension because of this dual nature. The murderer could be standing next to you ordering a scoop of double mint chip, the body tucked away in a ravine a few hundred yards away, but the trees are so thick with green, you’d never know. Creepy, right?

Which brings me to setting.

So, I’ve got this murder mystery idea, and I’ve narrowed it down to winter or summer. Now is the time to get a bit intentional. What elements do you want to be able to use in your setting? School? Well, your choice is made. Winter. But maybe you want to build into this mystery. So you realize, I need to start my story in fall, and bridge over into winter. Great. No need to neglect our other two seasons, but have a purpose for the choice.

Which season is going to spotlight your story to its best advantage? Are there technical things about the season to help create conflict? I think about Ilsa Blick’s book Ashes. The winter setting creates tons of conflict for this world disrupted by an electro-magnetic pulse. It’s also Minnesota. But zombie teens in the deep south? Summer would be a more tension filled setting. (Think The Reapers are the Angels by Alden Bell)

Know why you pick the season you pick. What are the advantages and choices it will bring to your story?

Okay, so this is a bit more esoteric and I hope I can make some sort of sense with this. But I think season affects voice. Mostly because voice and tone are inter-related to me. When I’m being a good writer, my setting becomes a character, which means it has its own voice. I know, seasons and settings don’t talk. But they inform word choice.

Here’s an example. In NO PLACE TO FALL, my protagonist, Amber, would describe things differently in summer and winter. She might look at a barn on the roadside in summer and notice the poison ivy climbing its sides, strangling it, squeezing it shut, bringing it to its knees like the church hens do to her Mama.  In the winter, she might see that same barn, but it’d look more like something fragile, windows cracked, boards splintered, one heavy snow or false word from caving it in on itself.

Yes, Amber has her own distinct voice, but the seasons affect that voice. Think about it. During the dead of winter, your thoughts of summer are memories, they’re filtered. To make your story more immediate, have your characters’ voice reflect the season you’ve chosen.

Thanks for stopping by! Do you use seasons with intention in your writing? Can you think of a book already published that does it exceptionally well?
Posted by Jaye Robin Brown at 10:01 AM 16 comments:

I don't want you to miss out on not only our newly revamped website, BUT, the giveaway to celebrate it. Hop on over and enter to win one of the fabulous prize packs!

HERE IS THE LINK FOR THE CONTEST 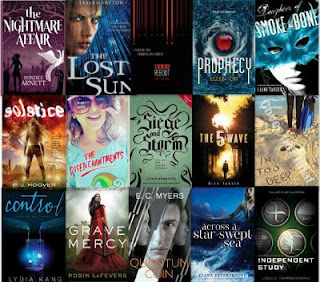 Posted by Jaye Robin Brown at 12:36 PM No comments:

Today I'm jumping in on this weekly meme I saw on Katy Upperman's blog. I've been missing you all but need a short and sweet and low-stress blogpost. So here goes! 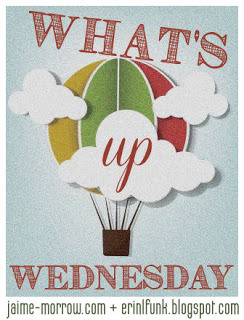 What I'm reading:
I just finished Beth Revis' Science Fiction trilogy with her Shades of Earth. It was a fun, action-packed sci-fi adventure and I thoroughly enjoyed the entire trilogy. Book Three wasn't really my favorite but I had to follow Amy and Elder though to the end. Now I've got two books going, The Art of Racing in The Rain (loaned by my neighbor) which so far is told through the POV of a dog named Enzo. It didn't hold me enough right of the bat to keep me from picking up a second book from my TBR pile which is Rachel Cohn and David Leviathan's Dash & Lily's Book of Dares. I loved Nick & Norah's Infinite Playlist and this book has all the same markers combined with quirky New York dialogue and wit. I'm going to fly through it I'm sure.

What I'm writing:
If you're a regular visitor you know that the only thing on my writing plate these days is my edit of Sing To The Wind - the book soon to be known as something else. These first round edits are due early June. I'm making good progress, but the panic is starting to set in a wee bit. A day off work may be in order one day soon.

What Else I've Been Up To:
See above. Hah. Well beyond that, I've taken stitches out of a horse's rear end. Mowed some grass. I'm going to hear a five man quartet this weekend. (So you caught that did you? I don't know either!) The fun new project for this week and maybe the remainder of the school year is my morning commute picture. Now that I have a nice phone with a good camera I've been snapping one pic a day and posting it before I start work. Perhaps I'll start a hashtag - I think I will! #morningcommute will be it if you want to check out future photos.

What Inspires Me Right Now:
I received an amazing appreciative letter from a former student this week. It's fueling me through this dreaded end of the year and inspiring me to continue being the teacher she wrote about in her letter. Do you want a quote? Here you go:

"At times I honestly felt like you supported me even more than I believed I could myself. So thank you so much for sitting there with me and talking about anything. Really, just thank you so much. I can't accurately express what it meant to me."

No Becca, it's me who can't accurately express MY THANKS. Wow. You know?