A-Z Challenge - X is for Xenophobia

Xenophobia - The fear of people from other countries.

One of the things people often make reference to when moving in to Appalachia is how hard it is to "break in" to the local culture. For us outsiders, sometimes it feels like we're unwanted, disliked, maybe even hated. 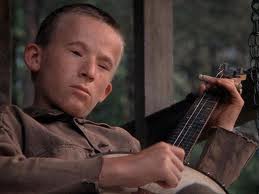 But over time, I've learned there's more to it than this.

Example A:
My good neighbor (the letter P) and I were talking. She talked about how in olden days they would look to wildcrafting and herbs for medicine. They ate fresh from their garden and kept things simple. Then folks moved in and introduced over-the-counter and prescription medications, processed foods, and soda, all the while touting how much more sophisticated and less backward these new items were. Now, with an epidemic of obesity and a huge problem with prescription addiction - the outsiders are touting whole foods, natural healthcare, and cold, clear spring water. What the locals had going for themselves all along, before outsiders moved in and made them feel "less than." There are many trust issues like this that run deep in the community.

Example B:
Another neighbor, after a terrible incident with our dogs, made small talk with me at the mailbox, telling me how she understood what it was like to not "be from here." I asked her where she was from, she named the neighboring county. Yeah. That's how insular people can be.

But now that I've been here for going on fifteen years, I understand even more. What finally allowed me to "break-in" was getting a job in the local school system. I love the kids and the kids are their kids. Now I see there's more to it than the been heres and the come heres. The been heres don't really need us. This is still a multi-generational community. People have whole huge extended families along with church families that keep them occupied. It's not they don't want to know us, they just don't need us because they haven't moved away from their home places. The been heres are warm, generous, kind people, but they're also wary of a world that makes fun of mountain folk and is quick to point fingers at their way of life. Think of the movie, Deliverance, and what that did to the image of mountain people. Or all the horror movies that show redneck mountain people preying on college students. It just isn't that way. Mostly what you'll find in these mountains, is people who put family and faith before everything else. Before the Jones'es, before the shopping malls, before new-fusion restaurants, or the latest I-pad. Good, simple folk. And okay, maybe a touch xenophobic.
Posted by Jaye Robin Brown at 3:00 AM