A-Z Challenge - A is for Appalachia

When I first saw this challenge in the blog-o-sphere, I thought, what will I choose for a theme? And then it hit me. This crazy place I've made my home for the past fifteen years would make a fine topic. You see I came from Alabama with a banjo on my knee (not really, but a banjo would fit in swell up here), by way of a year in Arizona, by way of some years in Atlanta, and ended up an hour north of Asheville, North Carolina in the heart of Appalachia. 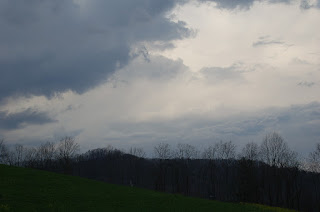 The dictionary definition of Appalachia according to Wikipedia: Appalachia is a term used to describe a cultural region in the eastern United States that stretches from the Southern Tier of New York state to northern Alabama, Mississippi, and Georgia.


But it's wrong. Appalachians (Apple-a-chuns NOT Apple-ay-chee-uns) will not claim anything above the Mason-Dixon line and it must be mountainous. And as a pure-bred south Alabamian (now there's a lofty distinction) - there's no way I would have claimed being Appalachian  prior to moving here.

But what is right is the word, cultural. This region is one of a few left in the USA that stills hangs on to culture created by isolation. It's twisted, and odd, and lovely, and beautiful, all at the same time. It's taken me a long time to get over my own xenophobia, but bad people are bad people and good people are good people and they exist in every faction, doesn't matter where you live. I've moved beyond my hillbilly fears and occasionally you might even catch me saying "yalla" for yellow or "flyers" for flowers. And if you need a favor, "Why, I wouldn't care to a bit." (P.S. That means I'll do it) 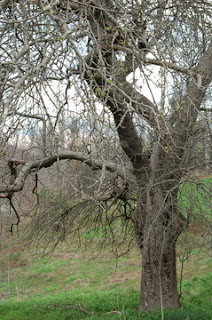 In the summer, when this tree is blooming, the whole place smells like apples. And that's a good thing.

So, because I want to know you, have you ever moved some place with scary preconceptions only to have them pleasantly shattered? What did you find?