It's here, finally here. The book that started slowly burning a few years ago is now a full-fledged inferno and western North Carolina is at the center of the maelstrom.  At my school, we have a few extras in the film, including this student standing to the left of Gale in the reaping scene. (Hey, Jake!) 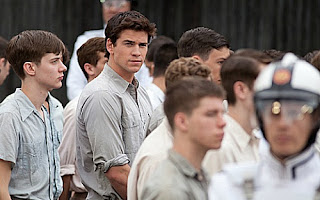 Around school you find students frantically doing this: 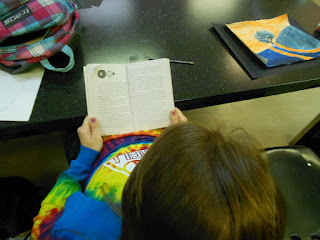 So that they can go to this:

In Asheville, there's a ton of buzz in the papers and blogosphere. Here's a link to all the information.
http://www.ashvegas.com/hunger-game-buzz-in-asheville-keeps-building

Rumor has it that the 12-plex is devoting 8 of its screening rooms to The Hunger Games on Thursday night at midnight. Here's a quote from Ashevillenetwork.net:

Charlotte and Asheville are both going to be privy to special screenings for the movie, as both cities were host to scenes in the movie. There will be midnight showings and some invitation only screenings. There will be an invite only show at the Biltmore Grand Stadium 15 (one of the nicest movie theaters in the area) and Fandango has been selling out tickets to all the surrounding theaters. Over six theaters have been sold out, leaving only one theater with seats still available.

So, did you love it or leave it? Seeing the movie? Opening weekend? My plans are to see it on Saturday and personally, I can't wait. I raced through all three books during the snowy winter of 2011 and have since reread the first book. They're just. so. good.